Pastor Brunson Prays for President Trump in the Oval Office 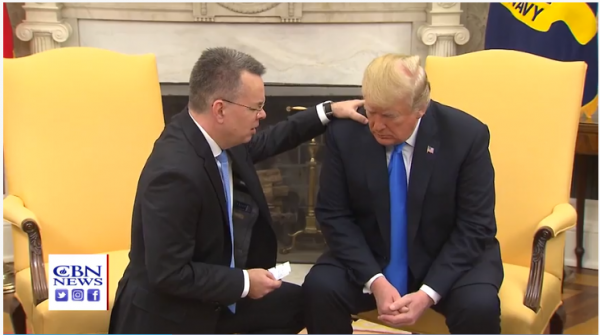 “Pastor Andrew Brunson returned to the United States Saturday after two years of imprisonment and detention in Turkey.  Trump welcomed Pastor Brunson home at the White House after helping secure his release.” 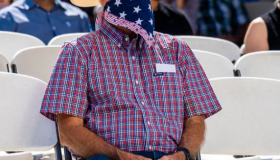 Christians Sidestep Coronavirus Restrictions By Meeting In State-Approved Venues
August 7, 2020
In footage of two instances that went viral on Thursday and Friday, Christians gathered in the government-approved venues of a Pennsylvania Wal-Mart and a Las Vegas casino to engage in the worship that authorities have deemed non-essential. Read more here. 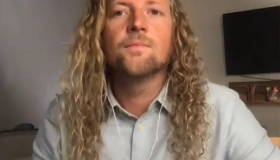 ‘Let Us Worship’ founder calls out California leaders’ coronavirus lockdown hypocrisy
July 31, 2020
Sean Feucht, a worship leader and founder of “Hold the Line,” is calling on Christians to rise up in defiance against “double standard” coronavirus restrictions. Thousands of Californians have been attending his “Let Us Worship” protests across the state after Gov. Gavin Newsom banned singing in churches at the beginning of July due to a […]

Tony Dungy implores Christians to ‘demonstrate the qualities’ of Jesus amid Floyd protests, riots
June 2, 2020
Hall of Fame coach Tony Dungy said the answers to America’s current divisions are found in the church, urging, “We can’t be silent.” Dungy, the first black head coach to win a Super Bowl, made the comments after driving with his wife, Lauren, thinking and praying about how to respond to protests following the death in Minneapolis of George Floyd, which devolved […]

Police take a knee in solidarity, prayer with protesters in South Florida
May 31, 2020
The night saw more violent protests across the U.S. in response to the death of George Floyd in Minneapolis. Looting, shootings and even cars running through crowds were scenes at various protests across the country. But a protest organized in Coral Gables in conjunction with the Miami-Dade Chiefs of Police Association had a different sight. Read more here.

IStandForFaith @IStandForFaith
Thursday, October 22, 2020
This Sunday! We'll be joining in prayer, will you?
https://t.co/TmfOFpHEog
View on Twitter
0
0

IStandForFaith @IStandForFaith
Tuesday, October 13, 2020
We are excited to see prayer returning to the Morgan County Board of Education meetings!

Keep Faith In AmericaFriday, July 30, 2021
Today calls for a celebration!

On this day 65 years ago, President Eisenhower formalized what had already been inscribed in the heart of our nation when he signed into law "In God We Trust" as our official national motto.
Help us celebrate by sharing the good news with everyone you know! Click here to grab some memes to share! https://ingodwetrust.com/category-resources/social-media/